Large (40 cm) pendant light in brushed aluminum with golden finish by Carl Thore AKA Sigurd Linkvist. This is a rare CT pendant that is constructed from stacked aluminum plates on long screws with spacers just as the famous “Trava” series. The central ring has a shiny outer surface and is painted orange inside to project a fire like glow around the centre of the shade. It gives a soft neutral shine down over a table as well as up into the ceiling.

Good condition with some minor signs of use. Standard E 27 light bulb and rewired with a white textile cable. Designers lable still present. 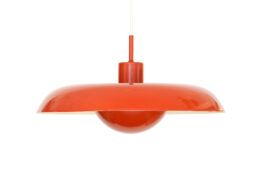 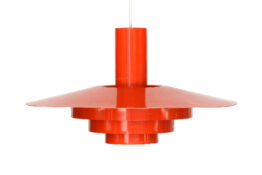 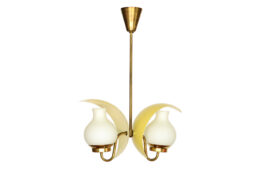 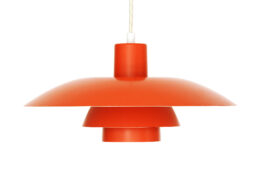 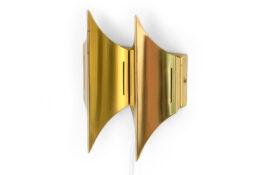 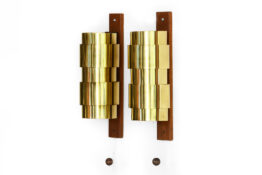 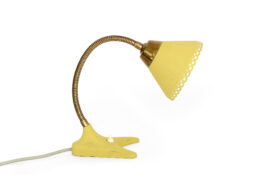 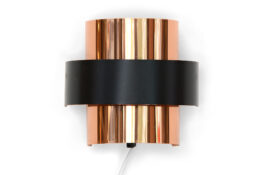 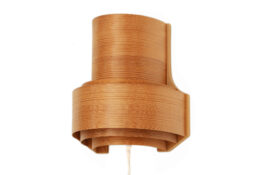 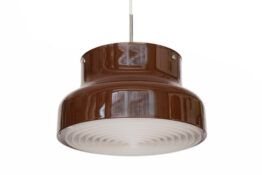