A large multi layered pendant light consisting of six discs in brushed golden aluminum of various diameter. The largest one has a white underside in order to give a wide soft light of neutral color down over a table The discs creates a reflection downwards or up over the next disk giving a stunning light effect. The slightly smaller disc in the centre has a dark orange inside that makes the underlaying one seem of a darker almost copper like color. All in all a very thought through construction.

Made in the 1970s by well known Danish light manufacturer Lyskaer.

Very good condition with almsot no signs of time. Straight and sturdy discs and no dents.

Lyskaer lighting from 1969 to 1991 is known from Herlev and Copenhagen, respectively, as a versatile lamp company that produced lamps for every budget, and which eventually took over and bought both Lyfa, ABO and Fog & Mørup in the mid-80s, almost simultaneously stopping Fog & Mørup completely and Lyfa and Lyskaer continued until 1991, when Horn Belysning from Aalborg took over it all. One of the most well-known designers at Lyskaer was Bent Nordsted. 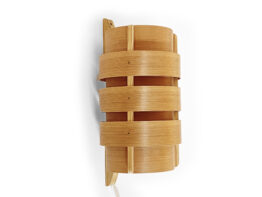 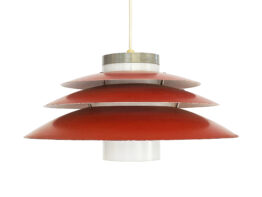 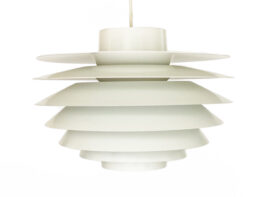 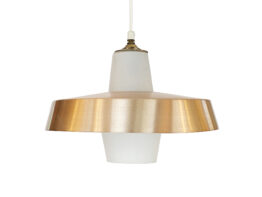 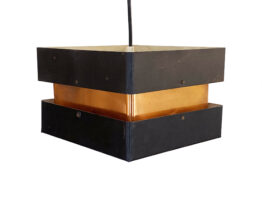 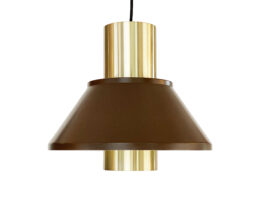 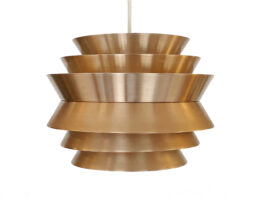 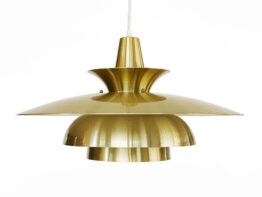 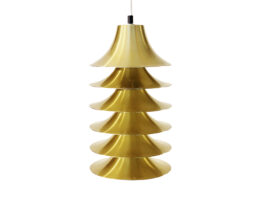 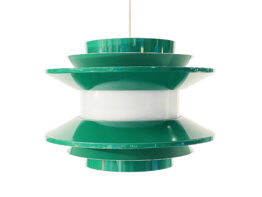