Louis Weisdorf’s Ekko has a designs based on repeating – or echoing – elements, though in this case the angular metallic sections take two forms, the two end pieces differing from the three central ones.

The overall impression is a harmonious yet delicately balanced object that wouldn’t surprise you if it were to move or produce a sound. The layered triangular elements completely shield the eye from glare, while narrow beams of light escape to spread across the shade itself and highlight its angular sculptural form, adding to the lamp’s central downward illumination. “It’s quite a technical creation,” says Weisdorf. “I rather like its technicality.”

The Ekko was designed in 1966 and produced by Lyfa from 1968, shortly after Weisdorf – while still at Tivoli – set up his own design studio in Kompagnistræde in Copenhagen’s old city, sharing the premises with architect Ole Panton (the younger brother of Verner), who also designed lamps.

The Ekko had a diameter of 19cm and a height of 32cm, and came in two colour schemes – orange/terracotta and lilac/violet.

Little is known about how long the Ekko remained in production or how many were made. Its relatively understated expression and the ease with which the sections can be separated from one another may have caused a proportion to be lost in the intervening years. It is only rarely seen for sale today, and because it is seldom recognised for what it is, prices tend to be lower than might be expected. 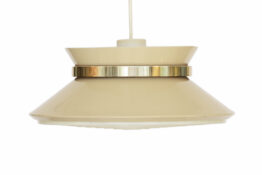 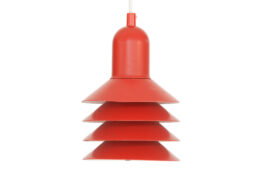 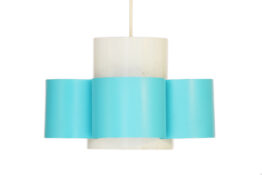 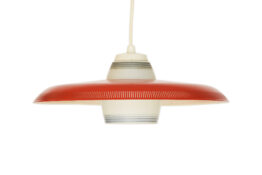 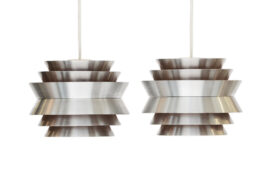 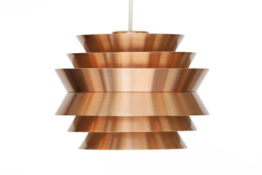 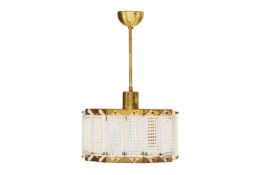 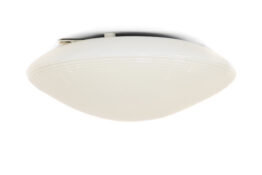 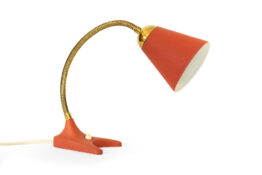