This is the iconic series of Swedish designer Carl Thores pendant light called “Trava”. The Trava pendant light which was undoubtably Carl Thores best selling creation was made in two versions, three sizes and many different colors. This the medium size version in brass colored brushed aluminum. It consists of six circular discs directed upwards and down creating a perfectly symmetric shade. The discs have a white coating inside for a neutral light projection.

Good condition with some scratches as seen in the images. No dents. Standard E27 socket. 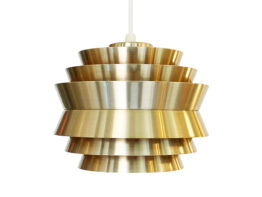 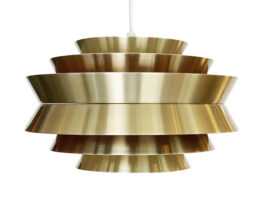 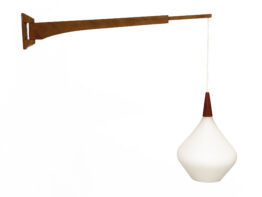 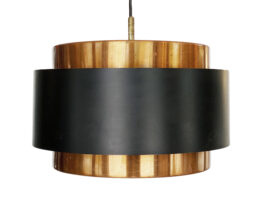 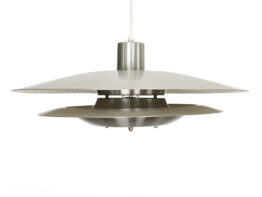 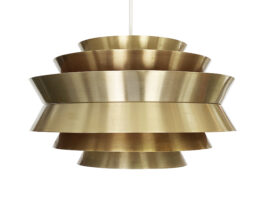 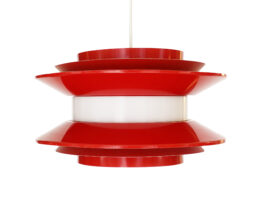 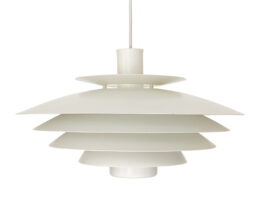 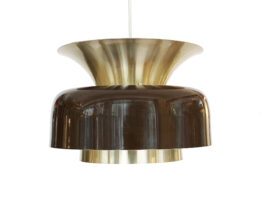 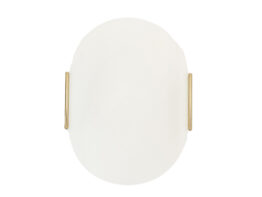