This is the iconic series of Swedish designer Carl Thores pendant light called “Trava”. The Trava pendant light which was undoubtably Carl Thores best selling creation was made in two versions, three sizes and many different colors. This is the larger size version in golden colored brushed aluminum. It consists of six circular discs of directed upwards and down creating a perfectly symmetric shade. In this version the inside of the middle discs have a matte orange lacquer in order to project a fire like reflection on the golden finish. This one also has a golden metal cup at the top covering the light bulb socket, a very rare elegant feature.

Excellent condition with a very minimal signs of use. I have had many “Trava” lights through the years and this one might be the best condition I have ever seen. I have one more identical light. If you are looking for a pair send me a PM for a good package deal. Standard E27 socket. 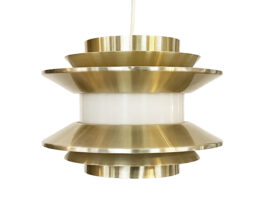 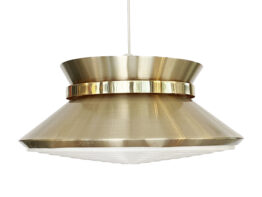 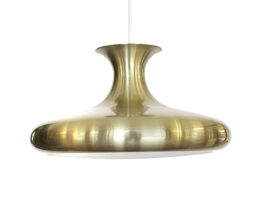 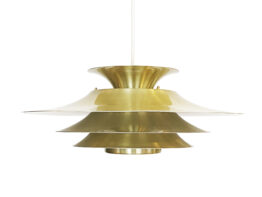 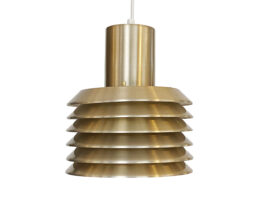 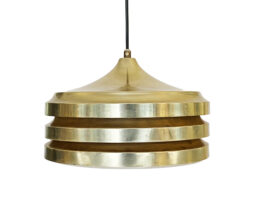 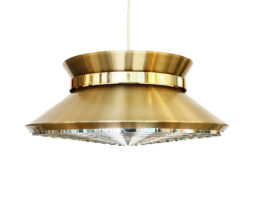 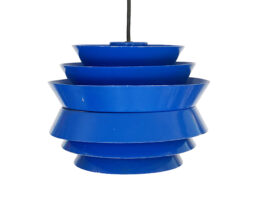 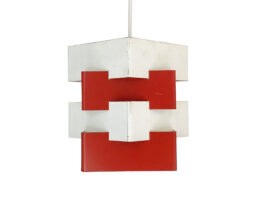