This is the iconic series of Swedish designer Carl Thores pendant light called “Trava”. The original idea behind the lamps was that you could take them apart and reconstruct them to your liking. This is the medium sized version with the opac band at the centre and blood red glossy lacquer.

Good condition with a few scratches, no dents. Some color loss on the inside of the shade. Rewired for safety with a standard E27 socket. 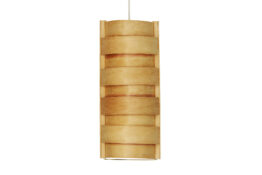 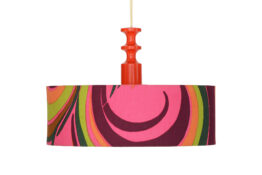 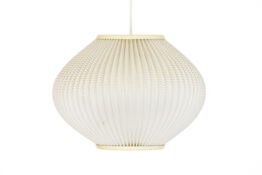 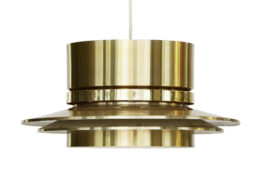 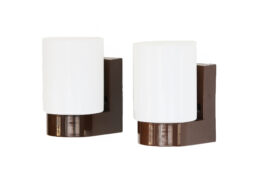 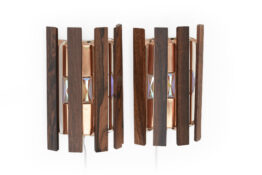 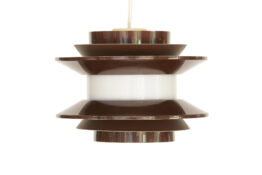 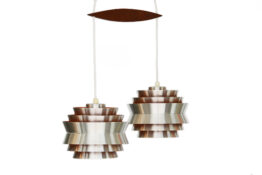 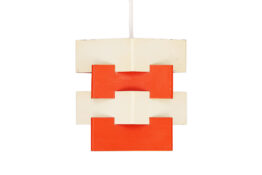